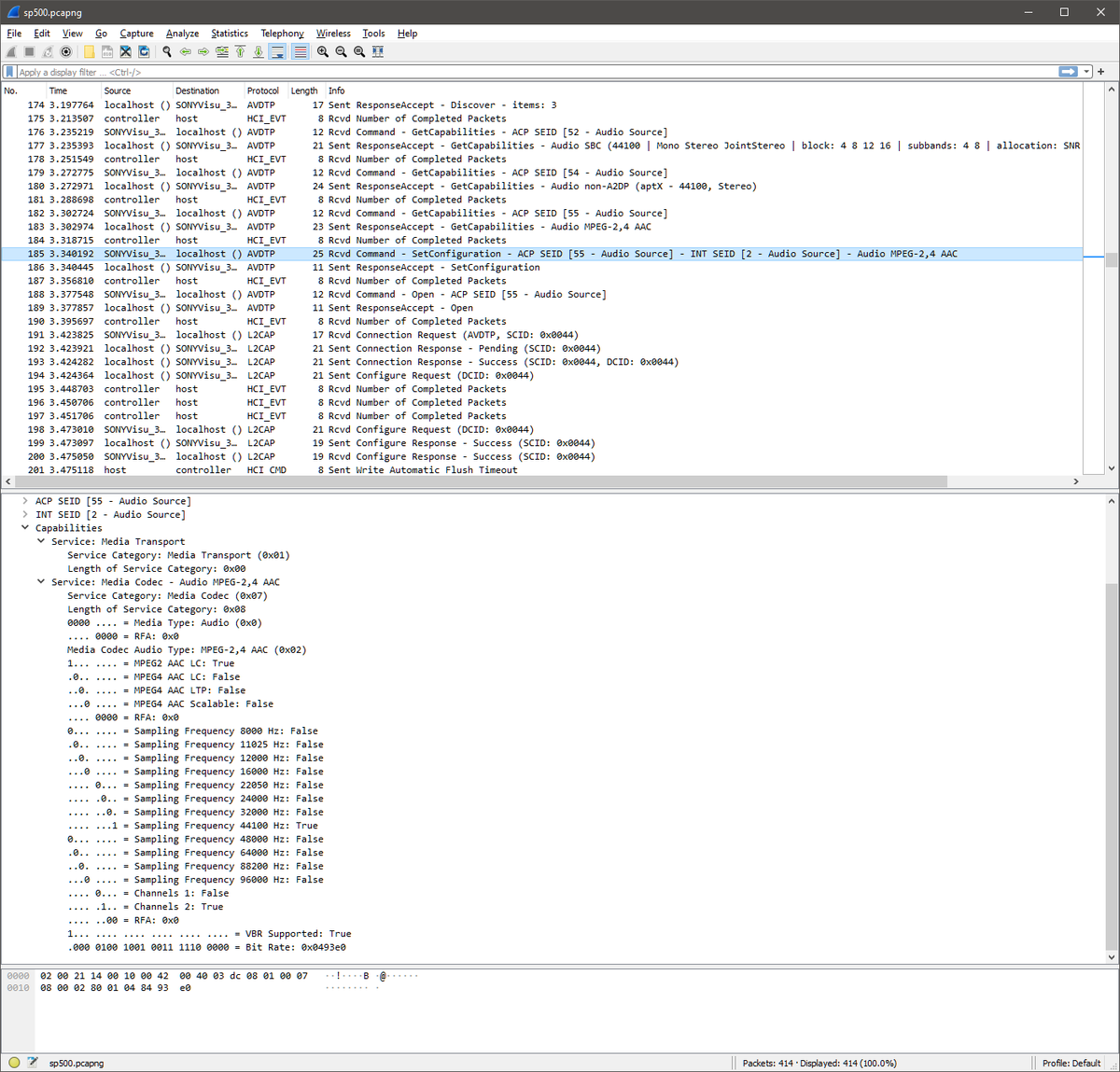 It is said that AAC as Bluetooth codec is supported by Windows 11, there is no corresponding description in Microsoft site. Then, Bluetooth packet capture*1 again to check whether AAC connection works. As its conclusion, Windows 11 supports AAC and it actually works.

This post introduces how to reveal it, and its working procedure.

The work in this post was done in the following environment.

Among the tools provided by BTP, use the Bluetooth Virtual Sniffer (btvs.exe) *4. Based on the default installation path, it is stored at

In advance of beginning the operation, all Bluetooth equipment should be disconnected. It prevents Wireshark from capturing extra packets.

Packet capture with Wireshark should be started before connecting Bluetooth earpiece. Specifically, following steps will be taken.

These steps ensures to capture packets during Bluetooth negotiation between Windows and earpiece.

In addition, connection request should be started by earpiece, not Windows. Depending on which side starting from, negotiation procedure changes.
defining negotiation as conversation between Windows and earpiece, it is expressed as followings.

The case starting by host
H: Shall we talk?
G: Is it ok to speak JP?
H: JP please

In the case starting by guest, all languages are opened, but the other case is not. This language is codec in actual operation, and to identify all available codecs, negotiation must be started by earpiece.

Connect Bluetooth earpiece in this situation, all packets including negotiation are captured. 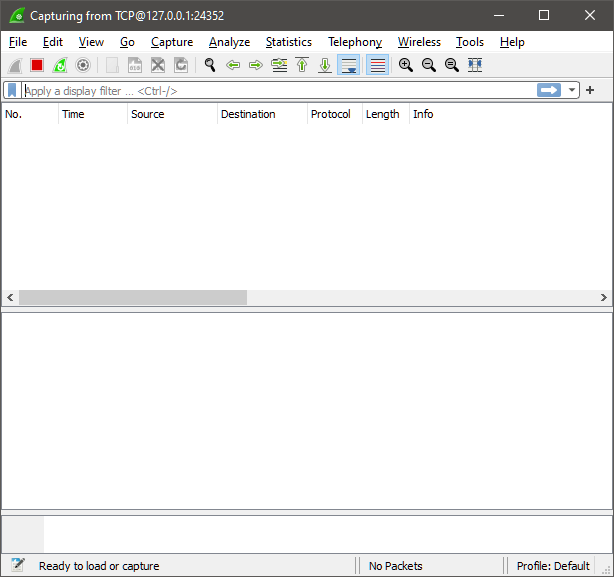 Focus next records, ”ResponseAccept” shows codec supported by earpiece, and "SetConfiguration" indicates codec in use for communication.

Next sample shows codecs below, and indicates that AAC is applied for communication.

Although SONY WI-SP500 doesn't support aptX, packet capture shows it declares aptX in negotiation. Probably, it may work only for Xperia.

When video or audio is played in this state, Wireshark continues to capture RTP (Realtime Transport Protocol) packets. Details of packet indicates that AAC actually works. 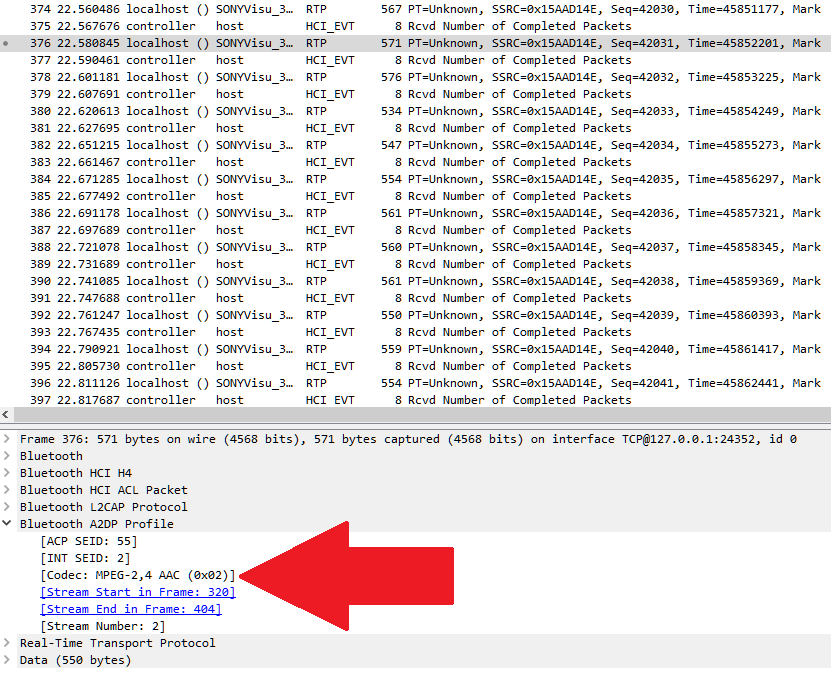 Windows 11 reportedly supports AAC. But somehow Microsoft doesn't disclose it officially in their web site.
In case if Windows 10, supporting aptX is mentioned below. Corresponding page for Windows 11 is not prepared.