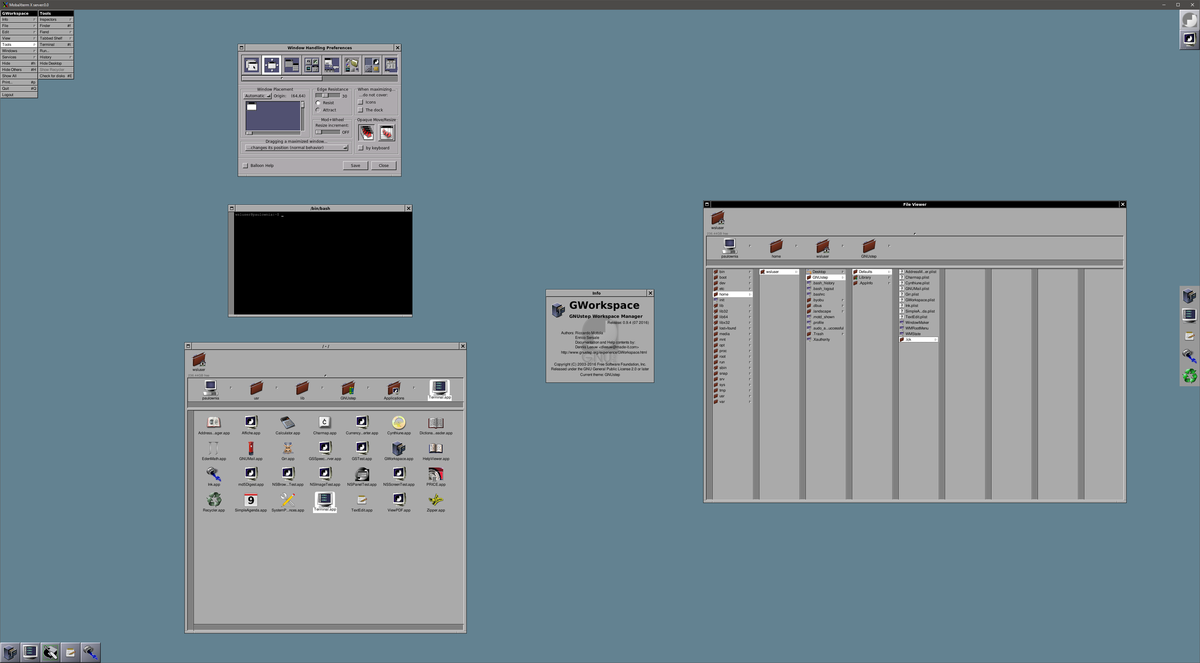 「MacはLinuxだった」("Mac was Linux") was one hot topic on the net this week.*1 In such topic, there is no reason that NeXT is not treated.

Sometime, NeXTSTEP is called as OS, which was the foundation of OSX, and other time, it is called as development environment and framework without kernel. Especially, the later was packaged as OPENSTEP and released for UNIX as Solaris, and Windows NT.
Later, OPENSTEP was made open-source as GNUstep, the GNU project. And this project is still alive.

As OPENSTEP was released for Windows, GNUstep supports Windows with MinGW. But now, there is WSL and easily install to it pretty easily.

Installation process in this post is based on following environment.

In case of WSL, following steps should be completed in advance of the installation process. This post doesn't treat with them.

The next post may help for X server.
impsbl.hatenablog.jp

The next commands is for minimum installation. GNUstep depends on Windows Maker as window manager. Its package "wmaker" is automatically installed with "gnustep".

Install other packages as libraries and documents as followings, if required.

Check X server is running, and start Window Maker with the next command. 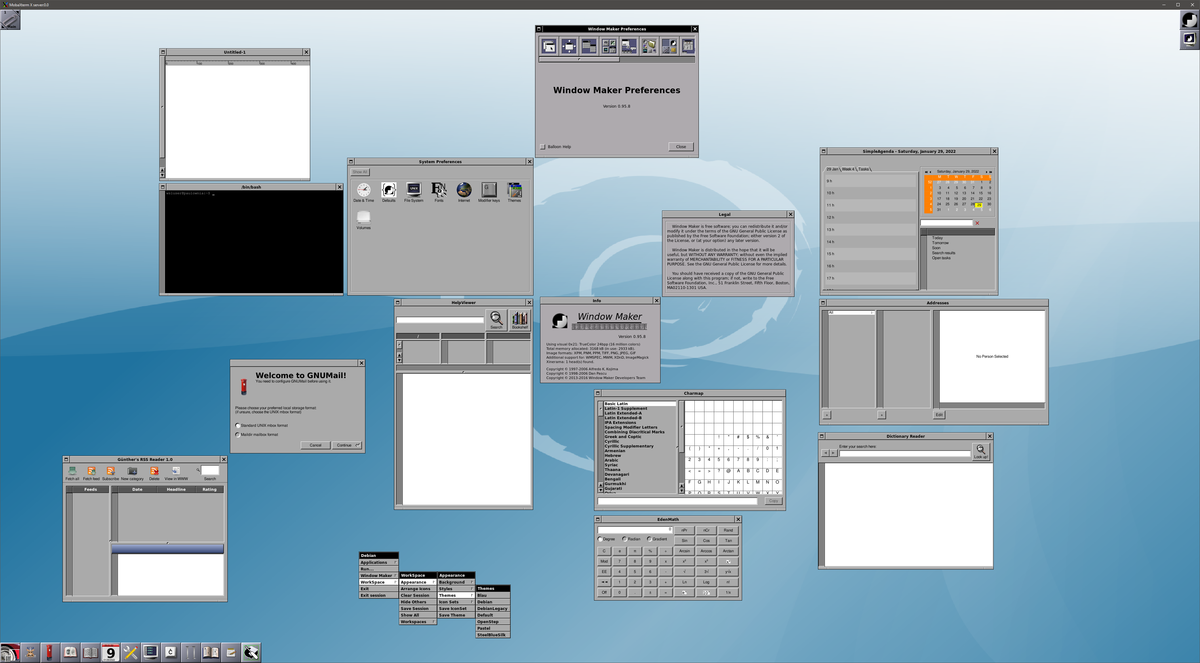 Chest box menu pops up with right clicking on its desktop. This corresponds in Mac and Windows as

This is the NeXTSTEP-like GUI. And the another GUI is prepared for GNUstep as application, "Gworkspace". Following the menu below, the other desktop is rendered as the top of this post.
It would be found that the display format of OSX file manger is came from NeXT. 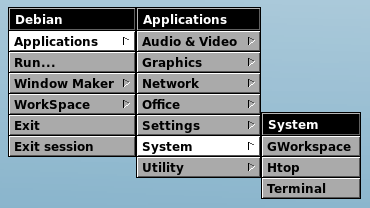 GNUStep has development environment below.

They are automatically added in the chest box on Window Maker. In GWorkspace, they must run from the menu as

In the attached photo, creating a new project named "app1", and press the OK button, a folder and files are automatically generated. 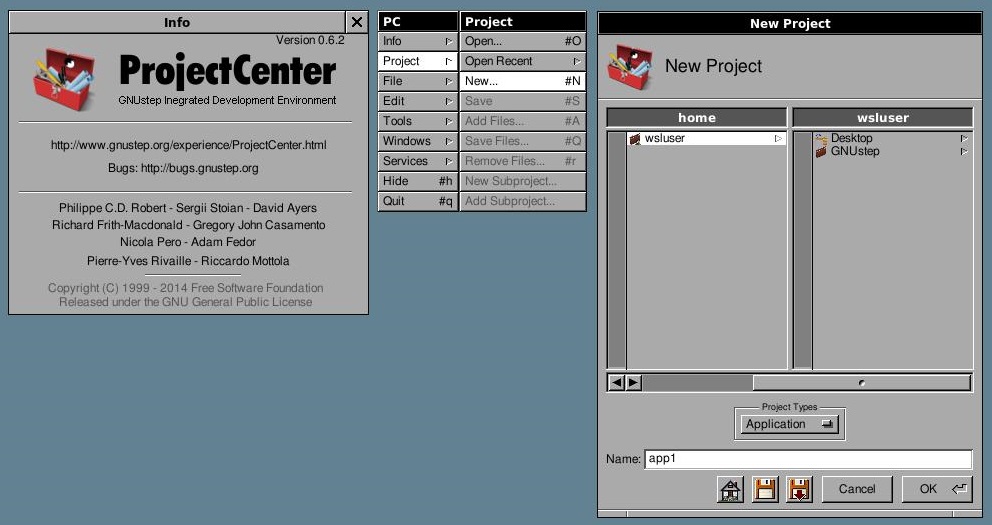 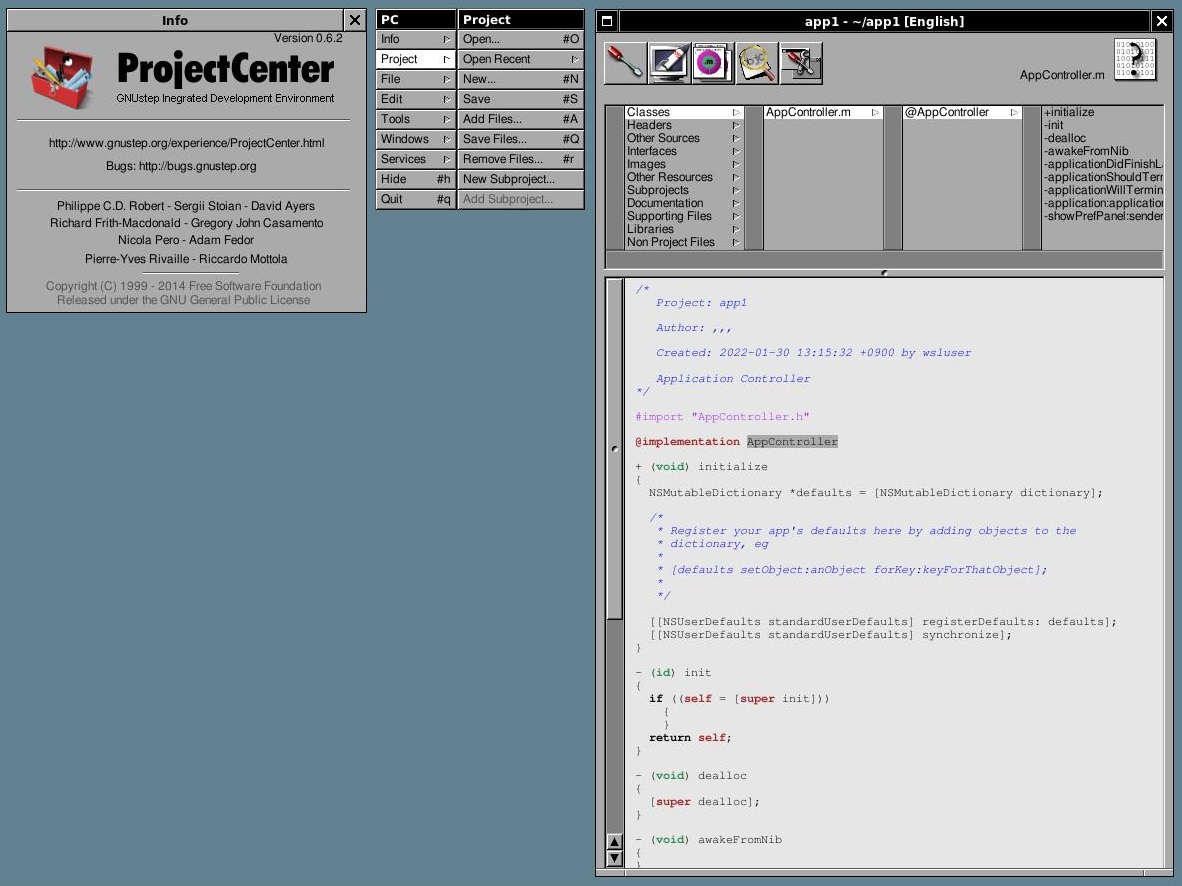 In Gorm, open file of "app1" from ProjectCenter, objects in the project is listed and its attributes are indicated on Inspector.
And design application GUI with GUI parts. 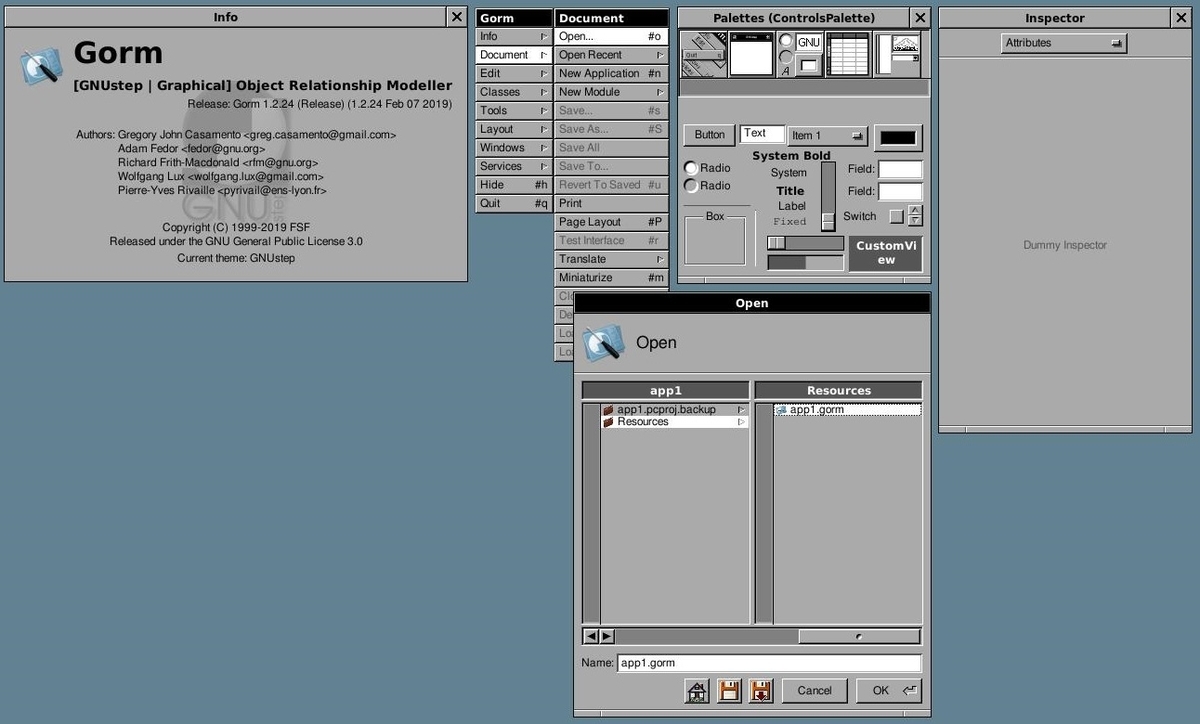 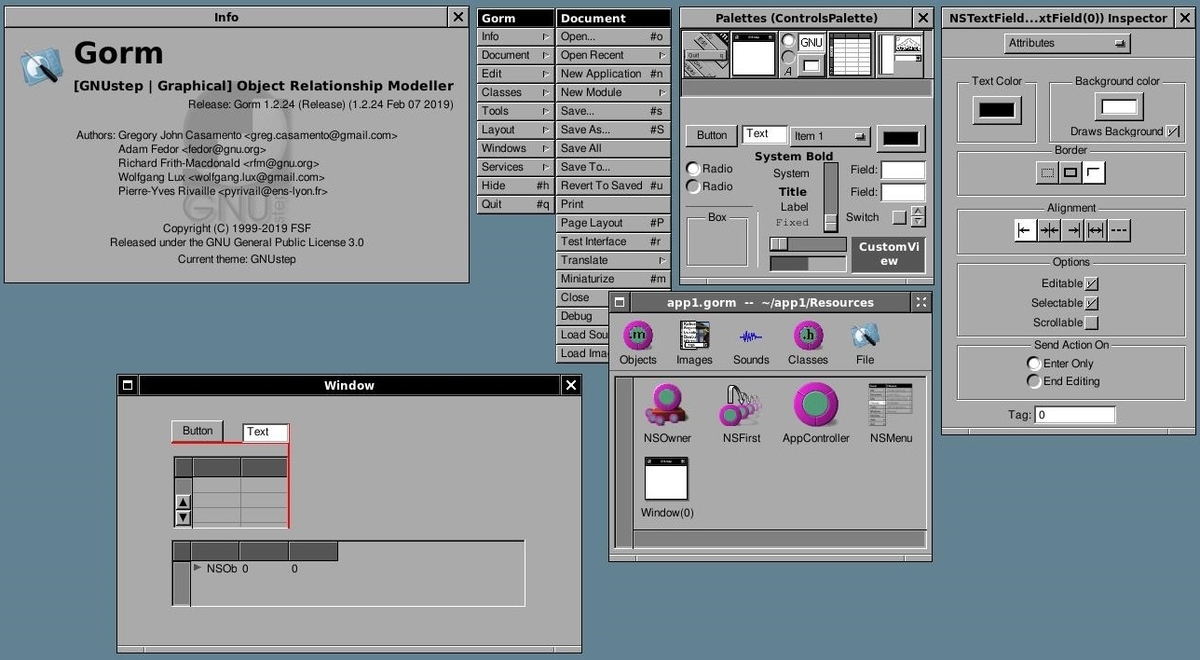 Off topic: Sony and UNIX

Sony also have dealt with UNIX workstation before.*2 And it has OS called "NEWS-OS", which is System V UNIX.
In 2000s, Sony adopted GNUstep as the foundation of their consumer electronics platform called SNAP (Sony Networked Application Platform). But this idea was abandoned.

As hardware released by Microsoft is following the old line-up of Sony*3, Apple is also following Sony's idea as bringing UNIX to consumer electronics.
Sony in 2000s has no strong cooperation among their product divisions and their software implementation is also weak. Even if Sony promoted their idea, they would not have had big success as Apple in present.