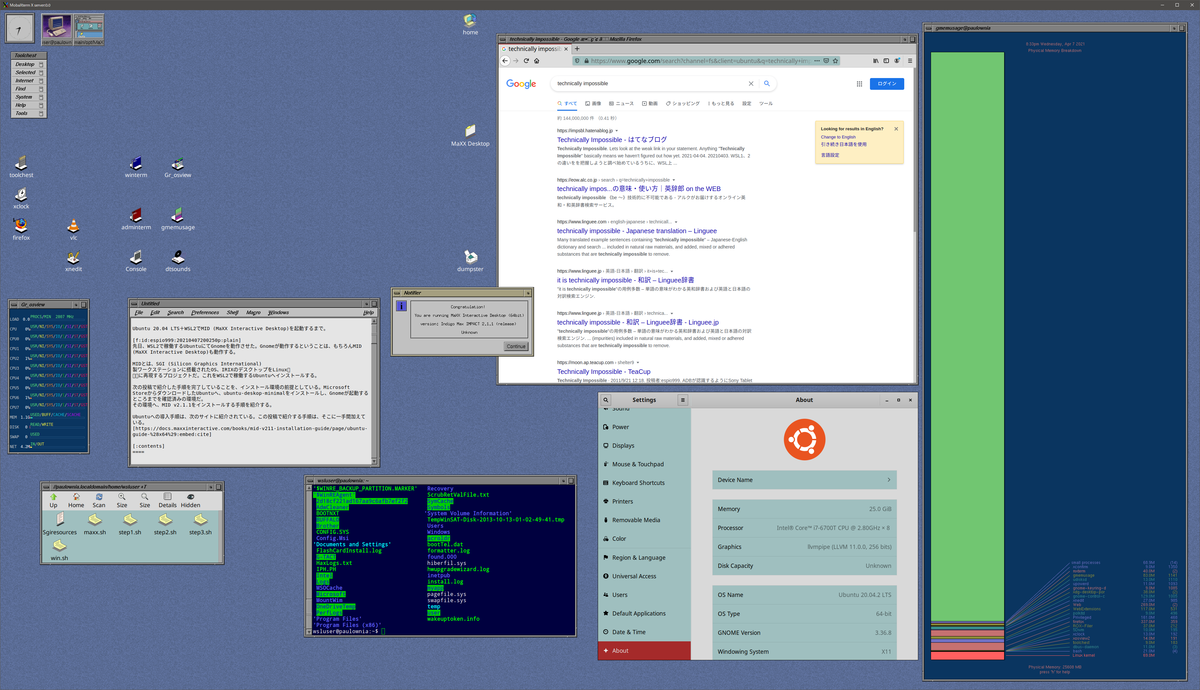 IRIX is OS brought with SGI (Silicon Graphics International) workstations in 90s. And MID (MaXX Interactive Desktop) is a project to reproduce its GUI on Linux.
As well as Gnome is executable on Ubuntu 20.04 LTS + WSL2, MID is also executable on it.

Although installation procedure is introduced at the MID official web site below, the procedure introduced in this post adds a bit of work to it.
docs.maxxinteractive.com

Installation process in this post is based on following environment.

In case of WSL, following steps should be completed in advance of the installation process. This post doesn't treat with them.

The next post may help for X server.
impsbl.hatenablog.jp

Install packages introduced in "Software Package Requirements" at the official site. Although there are many packages, some of them are already installed in WSL Ubuntu.
Packages not listed there should be installed additionally. Following is my case.

Although the official site introduces command below to install Asian fonts, it is intentionally removed here.

In case of Ubuntu on WSL, Windows can partially support Asian fonts. Points are

Even if Japanese fonts are not installed in Ubuntu, Ubuntu and MID can display Japanese as the next picture. This is the text editor on MID. Cut & paste Japanese text from Windows to it, it can handle Japanese appropriately. 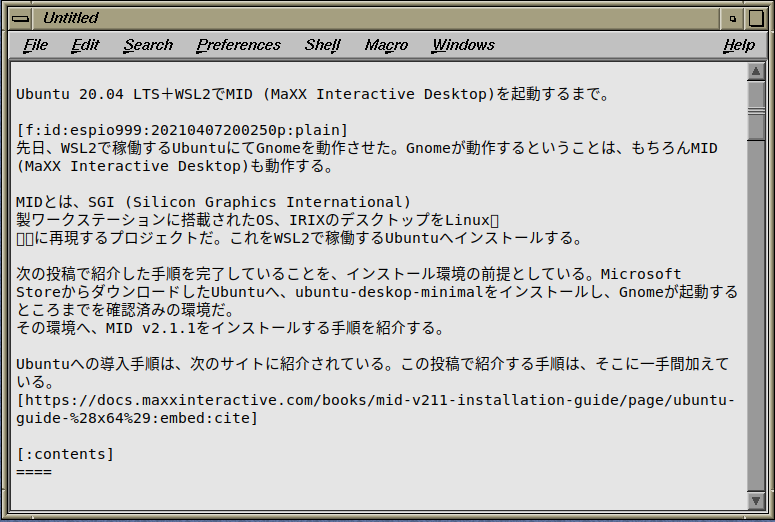 As desribed in "Installation" at the official site, downloads the MID install script from AWS, and executes it.

To run MID with a single line simply, save required commands as a script file. Save next commands as "maxx.sh".

Remember to change its permission before execution.
Check X server is running, and run script. You will see MID below. 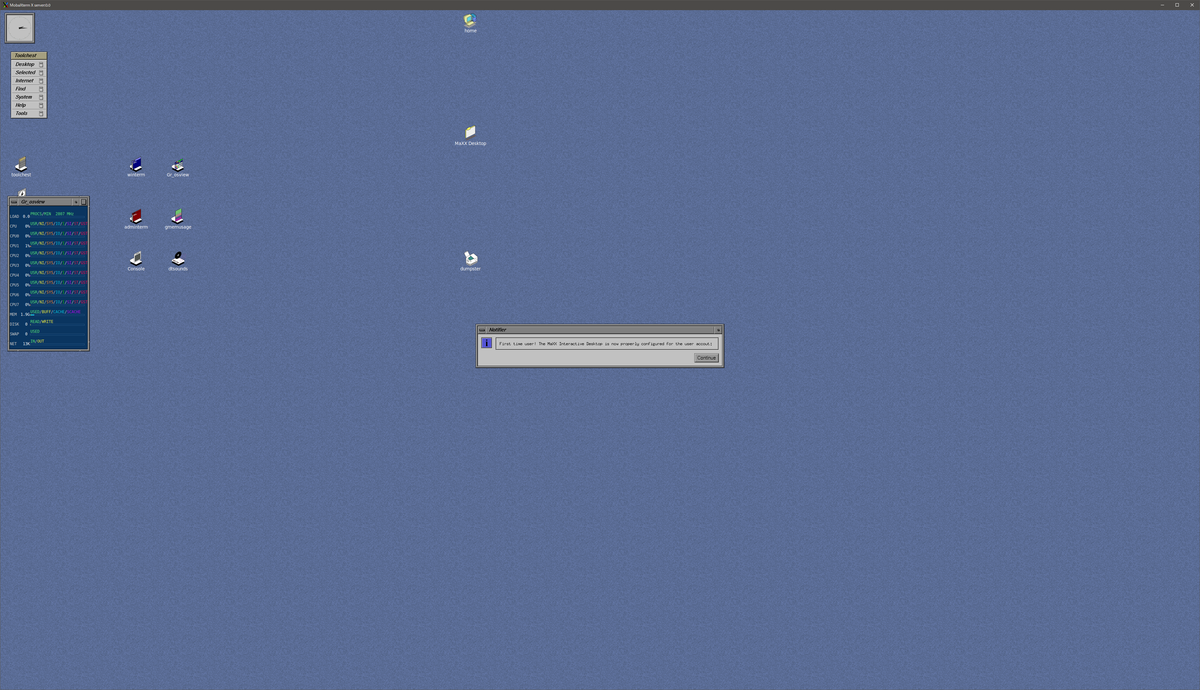 Some errors are reported when its launch. Ignoring errors about sound, better to check errors about fonts. Nonetheless, these errors don't bring to the use of MID at this moment.