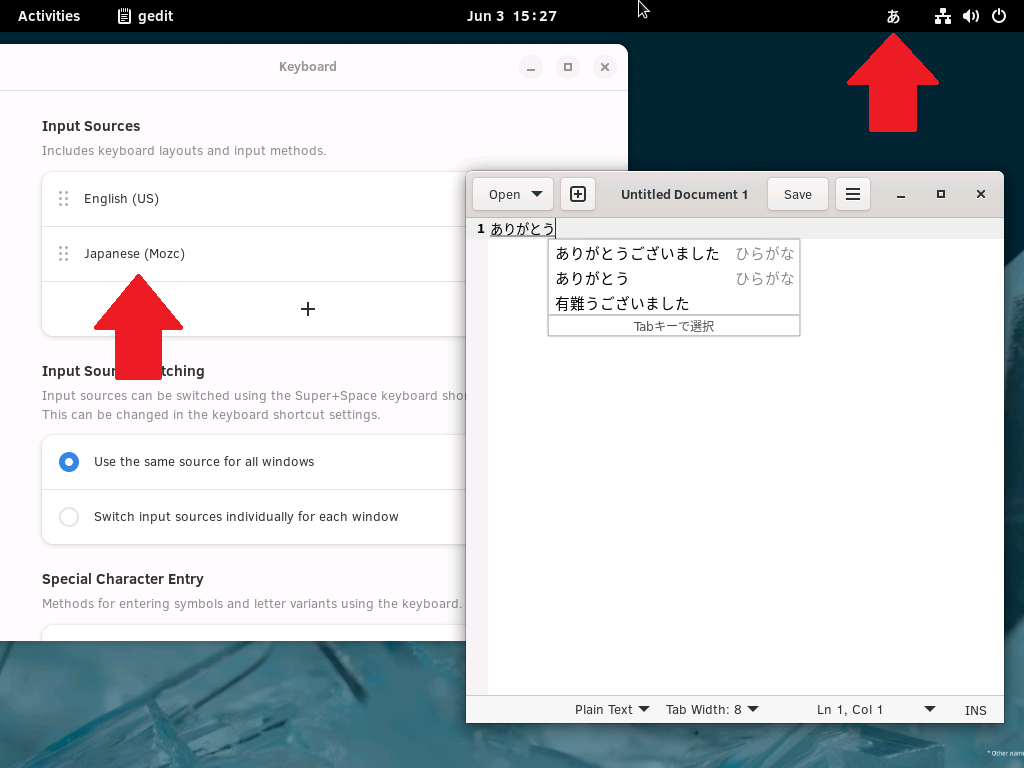 Although major Linux distribution as Ubuntu provides language input method as Mozc and user can use it out of the box, some distribution as Clear Linux doesn't. Typical solution for such exceptional distribution is to build own binary.

This post introduces how to provide Japanese input capability to Clear Linux with Mozc on Ubuntu container through Distrobox.
Although Clear Linux works as container host in this post, concept of solution here will work commonly for other distribution.

Install Docker and make it runnable without reboot.

To run Docker without root, add current user to "docker" group and makes it effective immediately.

Due to stateless concept *4, Clear Linux doesn't have "/etc/hosts". This command is to supplement it.

Install Distrobox following the official guidance*5. In the case of this post,

Although the next command is not required this time, don't forget to register its path in the case to install to a custom directory. This is for the case installed to to "~/.local/bin".

Pull Docker image with Distrobox command. The next command is for

Then, enter the container.

Mozc on Ubuntu and IBus

Be careful. In this section, run all commands on container, not on host.

Install mozc packages and related one.

Then, start IBus configuration on Ubuntu.

From here, follow step-by-step in GUI as following screenshots show. If the list of ibus-setup doesn't include Mozc, try next command.

After adding Mozc, back to desktop on host.

Be careful. In this section, do all operation on host, not on container.
Now, Settings of Clear Linux can see Mozc on Ubuntu. Open settings and follow

Daily use after rebooting

Although both host and container keep configuration of Input Sources above after reboot, it doesn't work on host without Ubuntu container. Run the next command on host just after booting. It would be better to add it at the end of ".profile".